Live with the King 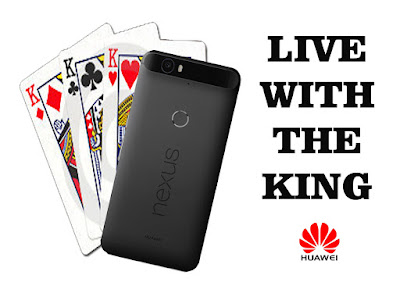 Throughout the course of history, man has always shown that he is a natural conqueror. Many wars ignited due to his desire to invade other lands and rule more people. The ambition to be the King is a journey a lot of men have trekked. A few have realized their dream while many died in vain.

It’s beginning to sound a bit Medieval and we’re starting to lose our grip to present times so let’s start talking about our fast-paced world, new discoveries and innovations which is what this blog is all about. While the device and manual on how to completely dominate the world is not yet commercially available, you at least have a chance to experience how it’s like to be a king. How? It’s easy--- live with the King.

For starters, make sure you have the right gadget with you. Let’s say, own something from Huawei Technologies, the largest telecommunications equipment manufacturer in the world. My recommendation is their latest offering dubbed as the King of Android, Huawei Nexus 6P. 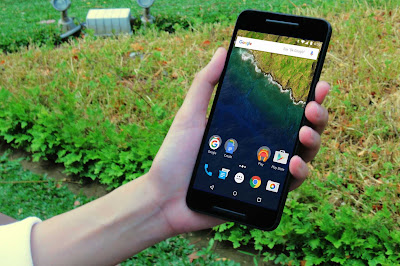 I have listed down my top five favorite features of this pedigree phone. If you’re looking for the android phone that can best give you the royal treatment that you deserve, think about NEXUS:

Nice-looking iconic hardware design.  6P flaunts a premium design incomparable even to many high-end phones in the market today. It is entirely rounded out in glass and metal with some decent-sized bezels embedded around the front. It’s totally solid built. 3D curved glass… diamond chamfers… aluminium body… even a King can’t ask for more. And we have not even discussed what’s inside Nexus 6P: the latest version of the Octacore Qualcomm Snapdragon 810 v2.1 processor and Android 6.0 Marshmallow OS, making its performance faster than ever.

Ergonomic fingerprint ID. This Nexus 6P feature keeps the phone fast and secure. Just a touch on the sensor and you’ll have instant access to your favorite apps, photos/ videos, messages, and more even while on the go. You’ll be like a king that with just a snap of finger, everything you need will be served to you in a flash.

X-tra Fast charging. Battery life is something that many people consider when buying a smart phone. 6P has a long-lasting 3450mAh battery, enough to get you through the day. Now if you’re a King user, worry no more because this phone has a USB Type C port for super fast charging. Thus, you just need to pause for a short time to recharge your phone then back again to your royal duties.

Unbelievable stereo sound.  Even Kings need to party from time to time even in the comfort of his palace. Nexus 6P is loaded with a superior front-facing speaker that offers crisp and majestic sound. Whether you’re a sucker of Nat King Cole’s love songs or a headbanger every time you hear Queen’s We Will Rock You, 6P will forever whisper sweet nothings to your ear.

Stunning screen clarity. The King should always be clear and sharp.  6P offers a vivid 5.7" WQHD AMOLED display giving a stunning clarity with 518 pixels per inch. This is so compatible with its low-light loving, powerful camera. Its 12.3 MP rear lens is the best all-around camera ever used in a Nexus. The 8 MP front camera is just perfect for anyone who wants to have a selfie with the King. 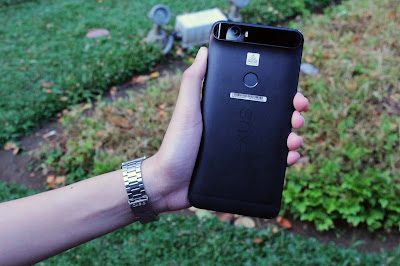 Huawei Nexus 6P is one great gadget that can capture the hearts of Andoid phone fans. It can be your ultimate companion in your quest for new discoveries, adventures, and personal milestone. If you can’t be a king in real life, you can always live with the king.