10 things you don’t know about the Television 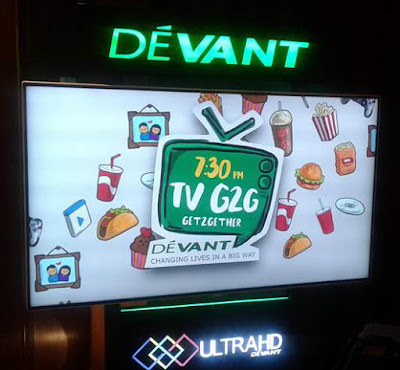 Television or TV is one technology that has remained steadfast in this ever-changing time.

Screens have come in all forms and sizes and new platforms have come out as other options for entertainment, education, news, and advertising. For example, both local and foreign series can now be accessed through video on demand programs like Netflix, iFlix, and HOOQ. There are also free streaming sites online where people can watch videos aside from the popular Youtube.

In the midst of these innovations 96.6 percent of Filipinos are still tune in to their televisions daily in 2016, according to TV audience measurement provider Kantar Media. While digital media and improving internet access has made it easier and more accessible for audiences to stream shows online, the survey also revealed that we spend longer durations--particularly 3.7 hours in average--watching our favorite programs on TV.

1. The word ‘television’ was accepted the English language in 1907 but it took forty years for someone to figure it out of using the abbreviation TV in 1948.

2. TV was introduced in the late 1920s in experimental forms but did not sell well. It only became a regular fixture in homes, businesses, and institutions after WWII.

3. Franklin D. Roosevelt was the first president to be televised, in ceremonies opening the New York World's Fair in April 1939.

4. In the 50s, the television served as the primary medium for influencing public opinion.

5. During the mid-1960s, color broadcasting was introduced in the US and other developed countries.

7. Did you know that the iconic Wayfarer sunglasses went almost extinct in the early 1980s, until Ray-Ban signed a product placement deal incorporating them into 60 films and television shows a year.

9. Digital television transmissions greatly increased in popularity at the end of the first decade of the 2000s.

10. It is considered that British show Top Gear is the most watched television show with an estimated 350 million weekly viewers in 170 countries.

For some, watching television might be a simple habit. But for others, it is a chance to break free and relax from their hectic lifestyles or strengthen bonds with people they share the experience with. It can also be a form of a healthy escape, too, where one can learn about new things and explore other cultures in the comfort of their homes.

These are just some of the things Devant feels passionate for. The renowned television provider advocates to create moments with its 7:30PM TV Get Together (G2G) campaign which encourages everyone to spend time with their friends and family by bonding over their favorite shows.

In line with their aim to bring people together, Devant has teamed up with Marco Polo Ortigas and Craig Lines for an exclusive screening of the film “The Owner” last August 8. The event, featured stunning visuals using Devant’s lineup of Ultra HD televisions and surround sound system, proved that a simple hobby like sharing a movie can be made more meaningful and memorable with other people.

“The Owner” is a film that follows the journey of a lost backpack around the world. The international feature film showcases the many mysteries of the bag’s travels, while showing the intersecting lives of the fascinating characters it got in touch with throughout the story. “The Owner” is a true masterpiece with a story that spans five continents collaborated on by a whopping number of 25 filmmakers.

The movie is a perfect example of a work of art that gives TV-watching a deeper meaning. It encourages people to think and consider, and it also gives everyone the chance to be open to things that could enrich their lives and mindsets through their TV experience.

This is why Devant has made it their promise to deliver a richer entertainment experience through their advanced TV technology. The role of the television in the lives of people are more punctuated than ever, and the brand aims to use technology to keep in step with the many changes in the consumption of this form of media with the hopes of making it friendlier and more positioned towards creating memorable experiences between people.

For more information about Devant products, head to their website here.