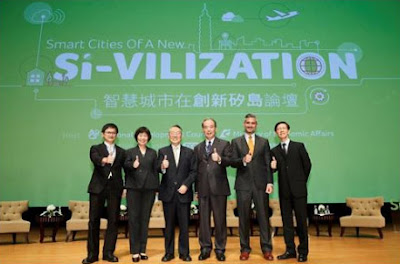 On October 26, Acer and its co-hosts held a forum titled “Smart Cities of a New Si-vilization” in Taipei. As the final event to wrap up the company's 40th anniversary celebration, Acer invited government and industry leaders to discuss and share their thoughts about the future of global technology.

Stan Shih, Acer’s Co-founder and Honorary Chairman took to the stage to deliver a keynote speech where he called on governments and businesses to encourage new thinking, people-centric innovation and integrated cross-industry capabilities with a service-oriented mindset.

Keynote speeches were also presented by industry leaders from Microsoft and TSMC. The keynote speeches were followed by a number of panel discussions and breakout lectures to discuss the many facets of creating smart cities and the New Si-vilization.”

The day-long event also included Acer’s Tech Showcase which gave attendees a look at what an early phase of the New Si-vilization could be by exhibiting a full suite of the company’s latest BYOC products in the segments of smart transportation and smart cities, smart retail and integrated enterprise communications, programming kits, life and wellness solutions, among other applications of new people-centric technologies and solutions.