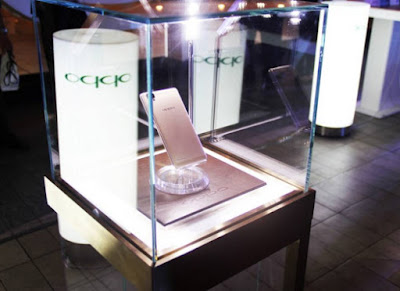 Global electronics and technology service provider OPPO locally has launched their first phone of the year, the OPPO F1.

Boasting an amazing front camera, the F1 has been dubbed the “Selfie Expert,” thanks to its mix of hardware and software working together to make every selfie fantastic. This was emphasized during the launch, with the event setup designed similar to that of a photography studio as guests were given free use of the F1.

Built-in Styling Team
At 8 megapixels, the OPPO F1’s front camera has an 84-degree-wide angle camera lens with f/2.0 aperture, and a ¼-inch sensor that allows 40 percent more light to enter the camera than an f/2.4 aperture lens.

It comes with Beauty 3.0+ and eight various filters, which brighten the skin and remove blemishes, and a display that can double as flash in low-light environments. Both the camera’s hardware and software work together as if the OPPO F1 has a built-in styling team that will glam the user up in no time.

The rear camera is equally amazing, with a 13-megapixel sensor, f/2.2 aperture lens, Pure Image 2.0+ features, and a number of customizations to fit the user’s photo needs.

Exquisite Design and Reliable Performance
The first in OPPO’s new camera-focused F series, the F1, was designed with the elegant aesthetic and quality that has become the brand’s staple.

Available in two colors, Gold and Rose Gold, the F1’s design offers durability and style. The fine and delicate smoothening of zircon and sand blasting create a back cover that has a velvet-like softness despite being made of metal. The 5-inch HD screen is protected by a 2.5D Corning Gorilla Glass coating and aluminum housing.

Under the hood is a power-packed octa-core Qualcomm Snapdragon 616 SoC with four cores at 1.7GHz and four cores at 1.2GHz, Adreno 204 GPU, and 3GB RAM that runs OPPO’s ColorOS 2.1 as smoothly as possible.

Priced at only P11,990, the F1 is available at OPPO concept stores and authorized dealers nationwide.

This year, the company is the title sponsor of the PBA Commissioner’s Cup. The partnership is good for the entire season from February to May. The strategic tie-up is aimed at boosting OPPO’s local presence and building stronger affinity with the local basketball community, which will be achieved through a mix of on-ground and on-screen media values. This would include advertisements, merchandise, product placements, online and offline engagement, and OPPO’s very own branded segment. 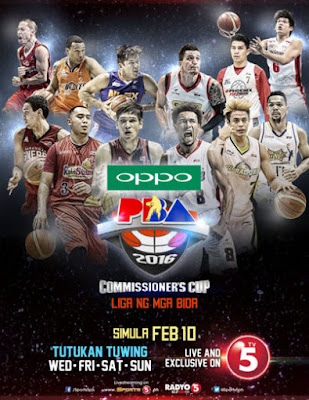 Locally, OPPO Philippines has been tapping the basketball community, and after a successful partnership with the FIBA 2014, the electronics giant have once again made another big splash as they have been named as the title sponsor of the PBA Commissioner’s Cup. This year’s tournament will then be called as the OPPO PBA Commissioner’s Cup.

After collaborating with Home Credit last year to bring the OPPO Neo 7 to more consumers in the country, OPPO has also once again partnered with the global consumer-finance provider to offer Filipinos more options to buy the F1. From February 19 to March 31, 2016, even consumers who don’t have credit cards can purchase the new camera phone for as low as P1,299 every month for six months at 0 percent interest rate. The promo is available in 245 partner stores nationwide, in all areas serviced by Home Credit.

OPPO is likewise proud to announce that their phones will now be offered by Philippine telcos.

For example, the F1 will be available under Smart Communications’ All-in Plan 1200. The postpaid plan is fully consumable and customizable with FlexiBundles. For prepaid users, each purchased F1unit comes with a free Smart SIM that offers a generous 50MB worth of free data every month for six months, and P150 worth of load for every P250 accumulated top up per month for six months.

The OPPO Neo 5s will also be available under Sun Cellular’s Best Value Plan 450, which includes unlimited Sun calls and texts, 250MB of data, and 250 texts to other networks.
at 11:56 AM