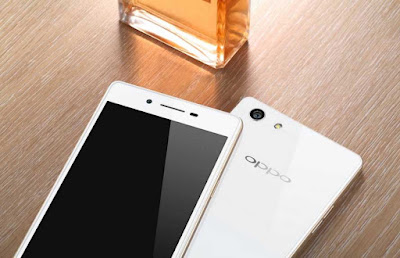 Here's a great news for all OPPO fans just in time for the holiday season.

After the back-to-back success of its R7 Series and the Mirror 5, rising global smartphone brand OPPO is ending the year strong with an announcement that the OPPO Neo 7’s nationwide release in the Philippines will coincide with the holiday season.

Introduced last October, the Neo 7 is the newest phone under OPPO’s Neo line and improves on its predecessor with better specs and a sleeker design. The Neo 7 is equipped with a 1.3GHz quad-core processor, 1 GB of RAM, and 16 GB of internal storage—all of which allow the brand’s ColorOS 2.1, which is based on Android 5.1, to run smoothly.

Along with a bigger screen size at 5 inches, the phone also improved upon its predecessor’s battery with a 2420mAh battery. Improvements were also made for the camera, which now has 8 megapixels for the rear camera and five megapixels for the front camera.

However, what makes the OPPO Neo 7 stand out is its aesthetics. The Neo 7's back is designed using optical coating and fiberglass for increased strength and elasticity while measuring only 0.56mm thin. Special laminating processes makes the Neo 7's back look smooth and clear for a mirror-like finish.

Priced at only P8,990, the OPPO Neo 7 is a strong contender for the best phone from a global brand in its price range. The Neo 7 will be available in all OPPO outlets and retail stores starting November 2015. For more information about the OPPO Neo 7, visit http://www.oppo.com/en/about-us/press/rise-and-shine-oppos-neo-7-to-brighten-up-entry-level.html